ESCP is a not-for-profit association managed by active volunteer members. The committees are responsible for ensuring that the Society delivers value to its members and that its activities are dedicated to the core purpose of the organization.

The General Committee is supported by working committees, with specific responsibilities. These committees are

The International Office comprises the ESCP Director and Deputy Director.

All ESCP members are given the opportunity to influence decisions and approve actions during the annual General Assembly, which is the ultimate decision-making body of ESCP.

The managing structure and governance of the Society is explained below.

The ESCP constitution can be accessed below

The ESCP strategic plan for 2022-2024 was launched at the General Assembly meeting in December 2021. The three strategic goals are:

There are several initiatives associated with these strategic goals, which are being actioned and monitored. While the ESCP committees are responsible for delivering these goals, each ESCP member plays an important part.

ESCP Past Presidents are:

ESCP Fellow is the highest level of recognition which can be awarded to an ESCP member. It is awarded in recognition of the outstanding contributions to the advancement of clinical pharmacy in general and in Europe in particular, as well as service to ESCP. Each year, members have the opportunity to nominate individuals, with nominations assessed by a panel of the General Committee.

ESCP fellows and the year they were awarded are

Join ESCP today and help to strengthen to clinical pharmacy community. A global society for all members of the pharmacy team in all settings. 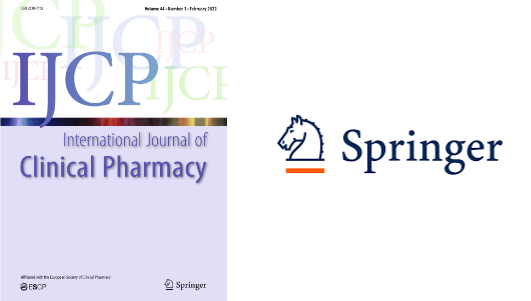 The International Journal of Clinical Pharmacy is affiliated with ESCP

ESCP is registered at the Dutch Chamber of Commerce under number 40532427.